In our “Coffee With the Experts” interview series, CCO of water transformation tech company Rocean Andre Jacquet shares how the flex workspace platform helped this young company thrive, and how his experiences at Dyson and Microsoft tipped him off that the hyperflex model wasn’t just for start-ups. 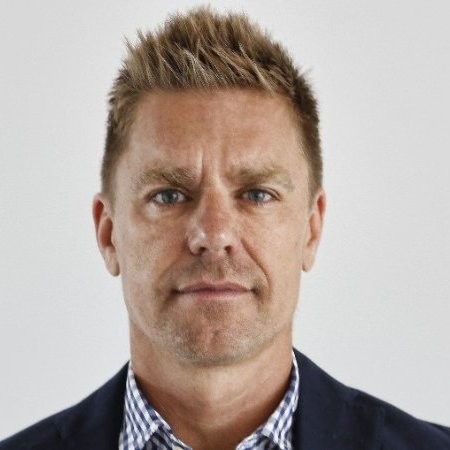 2020 was a roller coaster for everyone in the business world — and even more so for start-ups.  Rocean, a three-year-old technology start-up based in New York, makes machines that take the water you have in your tap, filter it, and in some cases, transform it into all manner of beverages — still or carbonated, flavored, vitamin-infused, caffeinated. On the eve of the pandemic, the team had just come home with a number of awards from CES 2020 and signed its first major contract with the Hilton Group. Rocean Chief Commercial Officer Andre Jacquet tells Upflex, “Things were looking absolutely fantastic for starting production after the Chinese New Year.”

But, in the span of just a couple of weeks, everything changed: “The factory workers never came back to the factory, the hotels started changing their focus from reducing single-use plastic to just surviving, and while raising money had been looking extremely good,” Jacquet says, “COVID put a hold on all of our plans. We had to go down to the bare minimum, reduce all our costs, and just try to get by.”

Meanwhile, however, there was light on Rocean’s horizon: Companies making kitchen lifestyle products, including companies in the beverage and water filtration industries, were seeing new business bubble up: Sales started flowing for appliances from baking machines to SodaStreams. On Christmas eve of 2020, Rocean struck an acquisition deal with filtration giant Pentair.

As the Pentair-Rocean integration unfolds and the company draws closer to their first run of production, Jacquet took some time to sit down for a virtual coffee with Upflex and share how Rocean has weathered the waves when it comes to a nimble approach to workspace — and how he was so confident in the model that he became not only an early adopter of Upflex, but an early investor.

Upflex: Rocean has been using Upflex since the company’s very early days. How did that come about and why did it feel like the right fit?

Andre Jaquet: We’re a start-up, roughly two and a half years old, and as start-ups go, things go up and down — and up. Sometimes we needed a lot of people, sometimes 30 or more. Sometimes we didn’t have enough capital and we had to hunker down to the bare minimum, more like a team of seven. Sometimes we would have customers in, and needed space that looked very nice. Sometimes we were building prototypes and needed lots of space to accommodate ordering all those parts and doing that work.

First, I had an account as a trial user. When we were very early stage — two or three people, working from home — we somehow got in contact with Christophe [Garnier, Upflex CEO]. Upflex was in its early stages as well, and we made an agreement for a space in New York. We tried that for a few months, kept growing, and as we started to have more and more contractors not based out of New York, Upflex has been perfect for us; we never had to pay too much, and we could cut that cost at any time.

Upflex: In practice, how is the Rocean team using Upflex — and how would you make things work without it?

Andre Jacquet: Now, we’re using Upflex both for our main office space in New York, and pretty much all of our employees and contractors have an Upflex account that they can use to work from closer to home or when they are traveling. Personally, I live in Miami, and I use Upflex when I’m not working from home here. I’ll also use Upflex to find an office if I’m traveling to Chicago, LA, San Francisco. I’ve used Upflex in Paris, Stockholm…

Without Upflex, we’d still be a remote team, but we would probably just have a more expensive solution. Would have had to sign up for a two-year lease, and we would probably have needed to offer different solutions to different contractors based on their locations: For example, a WeWork account in one place, something else somewhere else. Today, after COVID, there are quite a few offers in terms of flexibility, but the problem is — even if we could find a solution for a team member based out of Portland, Oregon and another for me here in Miami and something else for our space in New York — you lose time dealing with many of them.

Upflex: And after putting Upflex into play at Rocean, you liked it so much you became an early investor in the company. What prompted that?

Andre Jacquet: Right, I invested very early, probably almost two years ago. At that time, I liked the model a lot. But, I felt it was more of a risky investment with a big upside. I’m an avid Airbnb, HotelTonight and Uber user, for many many years. I saw Upflex as a kind of Airbnb or Uber for office space, and I felt it had big potential — but not quite as big as I do now, because with COVID, it’s moved this trend — being open to new kinds of work, remote working as the norm — forward 10 to 15 years. Now with COVID, it’s just super clear for me that this is the model. And, I love the app.

Upflex: This shift toward flex workspace was already in swing before the pandemic but it was happening much more quietly and more slowly than it is now — what made that shift so clear to you two years ago?

Andre Jacquet: Before I started Rocean, I was a regional president for Dyson, which had a very flexible approach to office space. We were working out of WeWork in many places. I’ve also worked for Microsoft, where we did not have nearly enough office desks for the number of employees. We used to have to take turns; the marketing department would come in on Tuesdays, the finance team on Wednesdays. It wasn’t possible for everybody to be in the office at the same time, because there wasn’t enough space. Sometimes you’d want to work from home, but other times, you’d need to go to an office. One of the reasons I invested was because I saw what enterprise companies like Microsoft and Dyson were doing, and how they were pushing to get down their office costs.

Upflex: And once the pandemic subsides and people can work from wherever they choose — including a traditional office setting — do you think we’ll shift back away from flex space?

Andre Jacquet: I think no matter what happens, this model and this tech is going to continue to be useful for start-ups, and that it’s going to grow more and more useful for large corporations. I don’t believe that things are going to 100% go back to normal, and people are going to want to make the commute to the office every single day. At the same time, it’s not sustainable to work from home every single day. So, I think a flexible solution is really the way to go.

It seems everything is changing much faster — ups and downs in the industry, in the economy, in everything — and to be able to reduce costs when needed and go up in terms of hiring people and office space, I think that, going forward, that’s what we’ll need, and it’s what many large companies will need as well.

Upflex: Tell us about your ideal office these days.

Andre Jacquet: I have a space in the Upflex network that I go to most days — a Regus office, and I know several people that rent there on a more permanent basis. I like it because I book a private office there, I’m close to lunch places and parking. And it’s very, very quiet. But, sometimes I do want a little more of a traditional coworking environment. Sometimes, you just want to feel a little more social, chat with some people… It’s more open, and it’s more fun. So for that, sometimes I use Upflex to book a space in South Beach, or Wynwood, or another more “hip” area, maybe because that day I have a coffee with somebody, or I want to go to a certain lunch spot, or perhaps I feel like biking to work. I have all the options.