Eduard Schaepman of Tribes Inspiring Workplaces shares his insights on the hopeful about the future of the coworking and the shared office industry.

The Netherlands have always been a country that the rest of Europe has looked to when it comes to progression, trend forecasting, and forethought. Whether it’s their approach to cannabis laws, creating cities that favour pedestrians and cyclists over vehicles, or just overall care of their citizens, countries have tried to emulate similar strategies some 20 years after they were implemented in NL. So, of course it is no surprise that coworking is another industry that has been dominated by the Dutch.

I had the opportunity to speak with Eduard Schaepman, the Chief and Founder of Tribes Inspiring Workplaces whose energy and confidence was powerfully transmitted through the zoom channel leaving me inspired and hopeful about the future of the coworking and the shared office industry. His eccentric style and adventurous photo-portraits embody the spirit and aesthetic of the Tribes brand, which encourages its members to treat every work day like an adventure.

The start of Tribes & how they can move forward, even during the crisis

Eduard started off by giving us some background of how Tribes came to expand from the “provincial” city of Eindhoven to becoming an industry leader in the Netherlands, Belgium and Germany. Their plans continue to be ambitious with continued expansion planned for the next 5 years and surprisingly these plans have not been hindered by the recent economic downturn brought on by the COVID-19 pandemic.

His rationale for why they can continue to move forward confidently is due to their model of profitability rather than focusing on rapid expansion like other large competitors have. More than 60% of their clientbase comes from corporate companies that were happy to make shorter term lease commitments giving Tribes the stability needed during an economic crisis. Though their buildings remain open they have seen a decline in visitors and have implemented the necessary protocols to keep those who need to physically be in the office safe during this time.

Tribes have also been leveraging their empty spaces to government bodies handling the crisis in major cities by giving them access to an “epidemic contract” that will allow for them to exit the contract once the epidemic has been resolved. This approach to utilizing their vacant space to support the Coronavirus containment efforts has led to an increase in sales when many other competitors and space owners are either struggling or closing their doors all together. 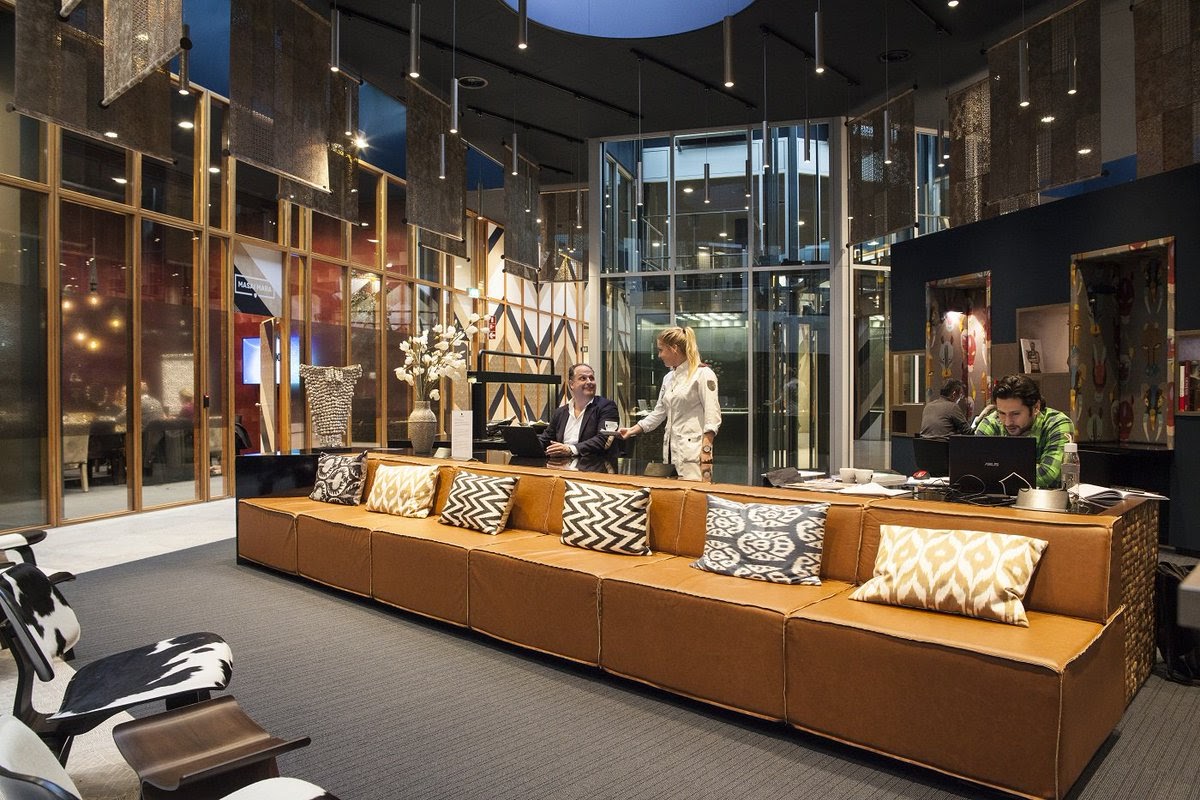 A change in trends at Tribes

Eduard also reported that hot-desking and day passes have recently increased in some major cities, because of workers needing access to reliable internet and a professional space that their homes cannot necessarily provide. And given the health and safety measures being taken by the Tribes team, visitors feel safe to carry out their workday in these locations.

When we talked about the future of shared offices and coworking, Eduard expressed that many of the open concept offices will most likely be converted to allow for less crowding and less direct proximity to colleagues, so the industry could see a trend moving back to enclosed offices. He also believes that more and more corporations will start to occupy these spaces in favour of traditional offices, as a way of cutting costs that are incurred by long term leases. And now that these companies know they can function remotely, a hybrid of home office and flexible offices will be the way forward.

How Tribes supports their communities

Coming to the topic of community engagement for companies of 10 people or less, Eduard was candid about their efforts to assist Tribes members with resources from the government and navigating the bureaucracy in order to help their businesses survive over the coming months. They have internally implemented the ability to pause membership payments during this time to keep members engaged in their virtual community, so that everyone can breathe a little and focus on what is important during such a stressful time.

When I asked Eduard for advice that he could pass on to other operators and business owners on how to keep working during this crisis, his response was simple yet something many of us lose sight of when we become overwhelmed.

“The most important thing in any business, especially in our business is communication. If you look at my 10 points which I put out to my people is that you still need to communicate, and you need to manage that communication. They still need to see you, so we are on social media, every location has its own social media page. You have to watch your tone of voice, it still should be you, but it should be pure. You need to monitor the communication and what’s going on, you have to be very eloquent, relevant, and you have to think about tomorrow. So, yes this is happening now, but how strong can I be when this is all over. You need to go on and you need to be very consistent in what you are doing.”

His approach can be found in his recent blog titled. “Communication is KEY.”

Looking for ways to bring people back to your space? Learn about the Spaces for Recovery program.

Coronavirus Coworking Road to Recovery Working From Home
Q&A: Tribes Inspiring Workplaces Eduard Schaepman in the Netherlands2020-04-022021-04-18https://upflex.com/wp-content/uploads/2018/04/logo_upflex.svgUPFLEXhttps://upflex.com/wp-content/uploads/2020/04/tribes-eduard.jpg200px200px
About
Erin Maechler
Erin is the Head of Partnership at Upflex. She is a new work advocate with a passion for inspirational and thoughtfully designed workspaces. She loves being active and all things nature, though she finds herself perpetually living in cities. She currently lives in Berlin Germany.
More from the blog
Recent Posts
Company News
Featured Spaces